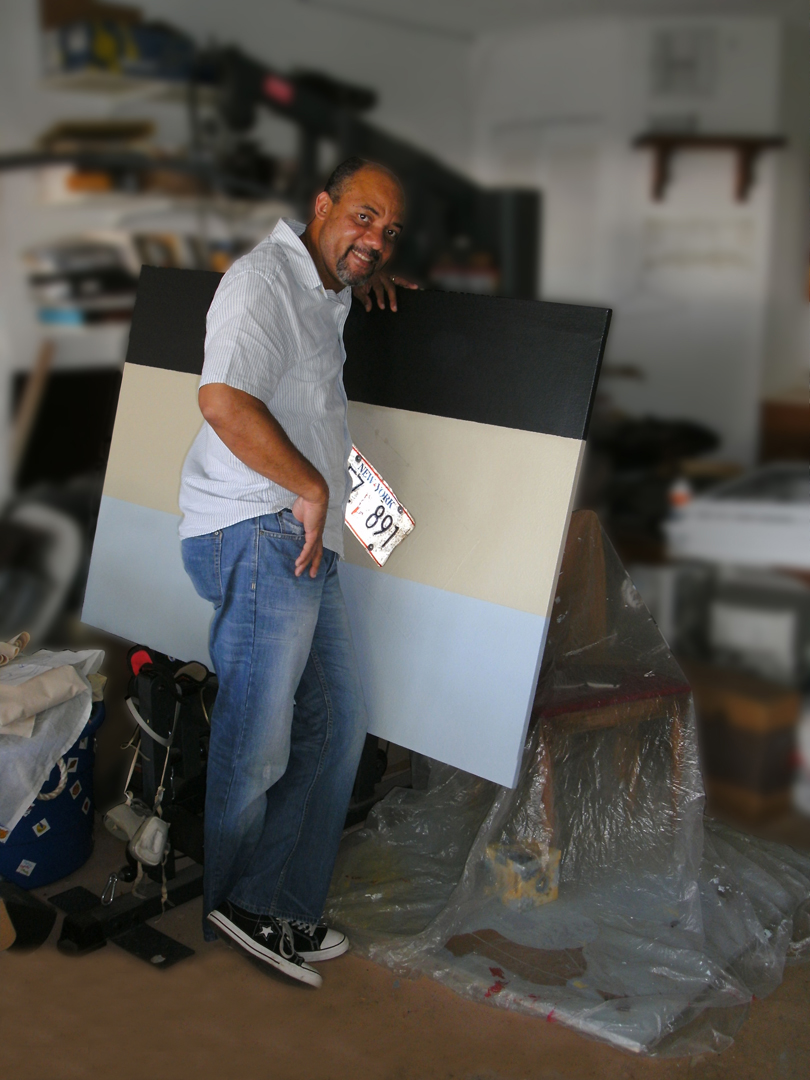 Yves Gabriel was born in Haiti and currently lives in South Florida. He holds a Master's  degree in Fine Arts and a  Bachelor's degree in Graphic Design as well. His artistic journey began over 20 years ago as an Organic Sculptor and Digital Artist. He later evolved as a painter by embracing abstraction and conceptualism as vehicles to address significant social, cultural, and political issues of our times without compromising the essence of his inspiration. Influenced by Assemblage, an artistic form used by Rauschenberg and many others in the 1950s, he often incorporates three-dimensional objects in his pieces that break the two-dimensional plane to create a sculptural effect.

His works includes “Haiti: Unity with Strength”, which was featured in a publication of the International Contemporary Masters V, and subsequently exhibited at the Southern Nevada Museum of Art. His moving piece, “Diary of a Straight Guy,” won best in its category at the ArtServe Art Bravo Jury Show. His unique installation, “Tribute to Mandela”, led to a special showing in the Mandela’s Legacy art exhibition at the Miramar Cultural Center. He also completed a collaborative piece for the City of Fort Lauderdale called “Unity Beacon of Fort Lauderdale.” This sculpture, which was unveiled in October 2017, was created in an effort to express the stories of and unite community members.

This year has been one of the most creative and productive period of his career. He completed two series that examine the dissociative attitude of white Americans toward slavery, a critical and significant chapter in this country’s history, and the plight of the 44% of LGBTQ young black men and women who are homeless and shunned by their families  and communities because of their sexual orientation and/or gender identity. These paintings along with some of the current paintings from his ongoing Crik? Crak! Is Anyone Listening? Series were recently selected and shown at the Frank  for the “New Industry: Contemporary Visions of the Industrial” exhibition.

Yves Gabriel is widely acclaimed for his artistic vision and is dedicated to offering an engaging and fresh approach to various social, cultural, and political issues that affect communities in the United States and beyond.